Karen’s career in the wool industry started in her teen years as a shed hand on the family farm. It was becoming obvious that with a natural ability, an eye for detail and love for wool and shed work, that Karen would eventually begin studies in the industry.

The Wool course at Lincoln College (as it was known as then) was pursued in 1982 which started off Karen’s Classing career in earnest that same year. Sheds around Marlborough, both on the home farm, and the neighbours, and anyone who would give her a shed were all helping towards her classing stencil.  The call of University beckoned again, however, with a short stint attempting BCOM Fmgt, and finally the Diploma in Wool technology in 1986.

A move to Central Otago in 1987 to work for Peter Lyon was the next opportunity, in the hope that many sheds would pass her way and allow Karen to complete her A stencil. Thanks to Peter putting his trust in my abilities, this quickly came to fruition.

Further opportunities arose later in 1987 when Karen was approached by the Wool Board in Wellington to join them as a Sales Analyst. A role she found interesting, which also took her to Christchurch and Dunedin valuing on the wool floor before auction. It took less than a year however to realise that she was not ready for the corporate world in Wellington, so after a few phone calls to relevant industry people,  she left on the next boat back to Marlborough to pursue full time classing. This led to nearly 20 years as a full-time classer. Off seasons were spent in the horticultural industry eventually as a quality inspector for Enza/Agriquality – now Asurequality Ltd and a 3-month sheep classing scholarship spent in NSW and South Australia for good measure, courtesy of the Marlborough Merino society and then prominent and legendary sheep classer Gordon McMaster.

A career change in 2006 led Karen back to Lincoln University to complete her BCOM, with a double major in International Business and Marketing. All the while keeping one shed up her sleeve as study pocket money.

The last 10 years have seen Karen, now based in Christchurch, continue with part-time classing, as well as full-time General Manager/Director for her family business Durolla Products NZ Ltd, a manufacturing company. This involves marketing and selling injection moulded paper and soap dispensers to the hygiene, cleaning and paper industries.

With a very challenging and varied working career, who knows what the future will bring. One thing for certain is that some involvement in the wool industry will always be welcome says, Karen. 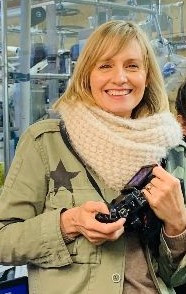