Don was born & raised in Ashburton Mid Canterbury, spending his formative years on a high country station working with Merino sheep and wool. Purchasing a fine wool property at Omarama which he farmed for 14 years. Don then moved to Oamaru to work full time with the wool merchant business he had started at Kurow.

Don completed the Massey Wool Course extramurally and continued to expand his classing run until the wool business grew to the point that it required his full attention.

Still maintaining his Merino classing stencil (M486) with pride in a profession he believes is important to the wool industry and the New Zealand economy.

Federation of Wool Merchants appointed Don to support the Wool Classers and wool preparation as Wool Merchant members feel they can help meet a need in the industry at a practical level. The Federation has been supportive of Don in his endeavours.

As a board member he would like to raise the profile of wool classing in general and support classers to the best of his ability and considers it a privilege to assist in any way possible. 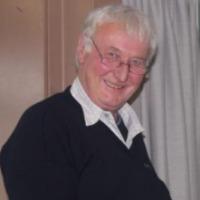